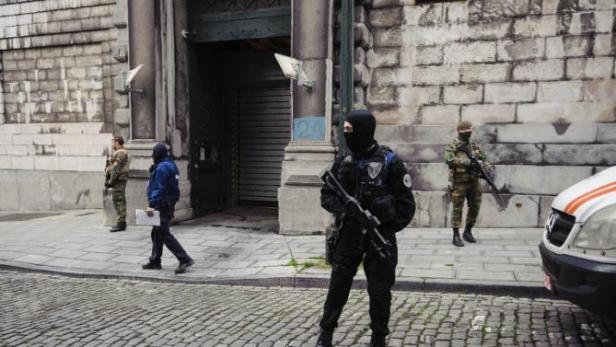 Sadly, it’s becoming increasingly clear that the terror nightmare in the EU is far from over.

It’s a given that we are in for a long slog to defeat ISIS.

Operationally, in the EU, right now, it appears this immediate wave of attacks is not anywhere close to being closed out, after the hell in Paris a week ago.

Belgium has placed Brussels on its highest threat level alert, warning of a “serious and imminent threat.”

At the same time, the French PM is warning of a “possible chemical or biological attack.”

Obviously they have very disturbing information, likely gathered over the last few days as they kick in doors, follow leads, etc.

After 9/11, America went thru a period of shock, mourning, and ongoing fear.

Heroes, the first responders, the smoldering rubble for months, services, flags on every bumper, fundraisers, color-coded threat levels, and all the other stages remembered so well.

But thinking back, there were no follow-up attacks…only the drumbeat of war and revenge.

It feels like something is very different this time.

A shift from a single, world-changing attack model, to a series of ongoing, lower-grade, horrendous acts that mirror what is happening in Syria and Iraq.

But we need to balance our security and principles with this threat. The threat is real, ongoing, and we need an immediate, global coalition to stamp out ISIS.

But when we saw Trump invoking Nazi-like registration for a religious minority of Americans, and then “sort of” walking it back, we get a peak at what American Fascism might look like.

At the same time, Democrats, who only weeks ago signed a letter to the Administration asking to increase Syrian refugee settlements over the next several years, immediately do a 180 and vote for the Bill to pause the program last night. Political cowards.  There is a list of them if you search for it, including a few in California.

Sadly, it looks like things may get worse over there before they get better. We can only hope the police are on it, and the news is all about “plots interrupted.”

Because any more ratcheting up of the fear level, no doubt some of our politicians at home will continue to increase the race-bating, hate-mongering rhetoric we have heard recently… and we still have 12 more months of this before the election.

Some of the things that have already been said, that a lot of people unfortunately might agree with, are extremely un-American, and a very slippery slope.